The data obtained by insideoyo.com from the National Bureau of Statistics (NBS) on Tuesday showed that Oyo state is one of the States with an increase in IGR when compared to 2019 half-year, amidst ravaging coronavirus.

Analysis of the figures showed that the Oyo state government generated N17.7 billion in the 6 months and received N24.8 billion from the Federal government. With this, the state still relies on federal allocation to sustain its activities. 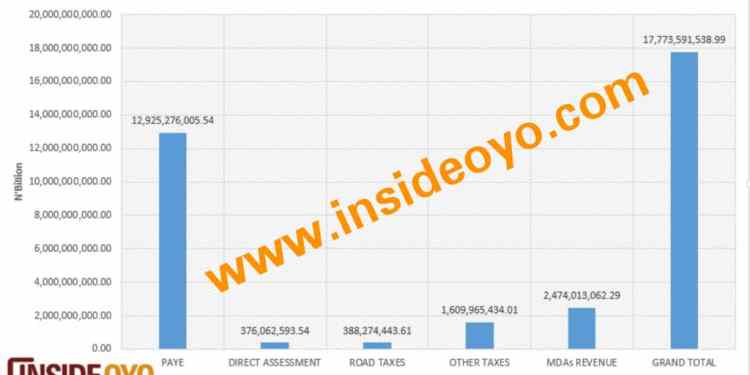 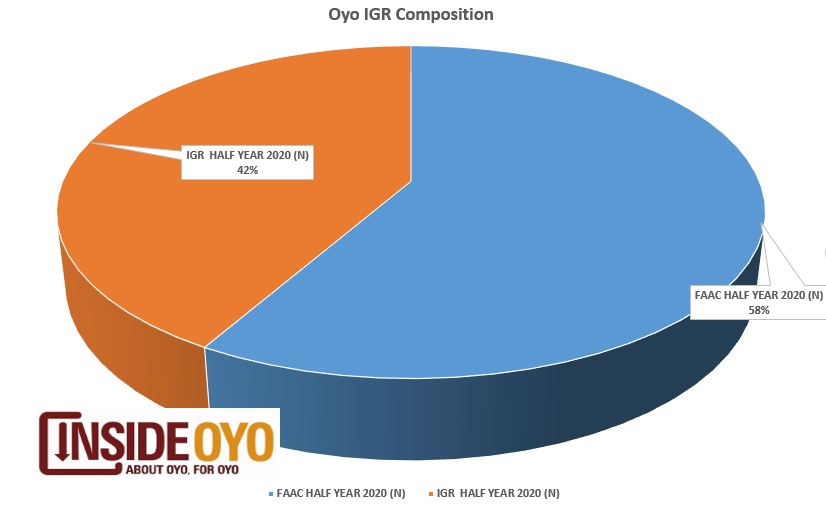 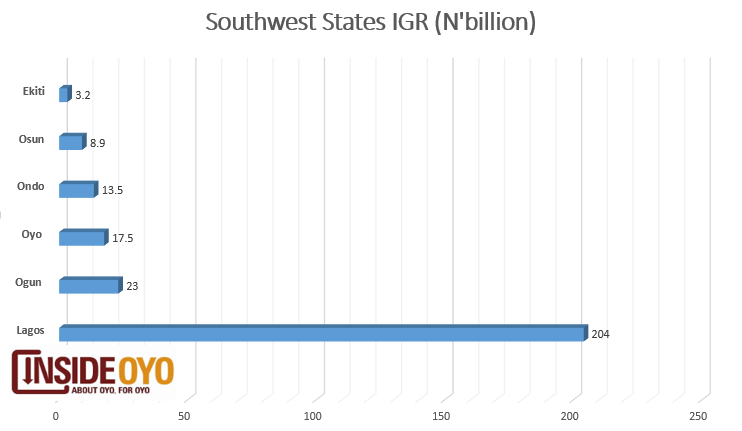 For the Internally generated revenue, the state raked in the highest revenue from Pay As You Earn (PAYE), amounting to N12.9 billion, N2.4 billion from MDAs, and N1.6 billion from other taxes.

With the N17.7 billion IGR in the last six months, the state government may not be on course to meet the N20 billion monthly IGR.

Recall that the government had promised to take the state from a Civil Service-propelled economy to an agro-business-driven economy and achieve about N20billion IGR target before Governor Makinde’s tenure expires.

In the Southwest, the overall revenue dropped marginally by 0.3 percent as states recorded N205.1 billion in H1 2019:

Overall, the internally generated revenue (IGR) of 36 states and the federal capital territory amounted to N612.87 billion, representing a drop of 11.7 percent in the first half of the year.

According to the report, this figure is lower when compared to N693.91 billion recorded in 2019.

The data was computed by the NBS in conjunction with the Joint Tax Board of the Federal Inland Revenue Service (FIRS).